Roll over image to zoom in
Click to open expanded view

Color of insulator:
on reuqest 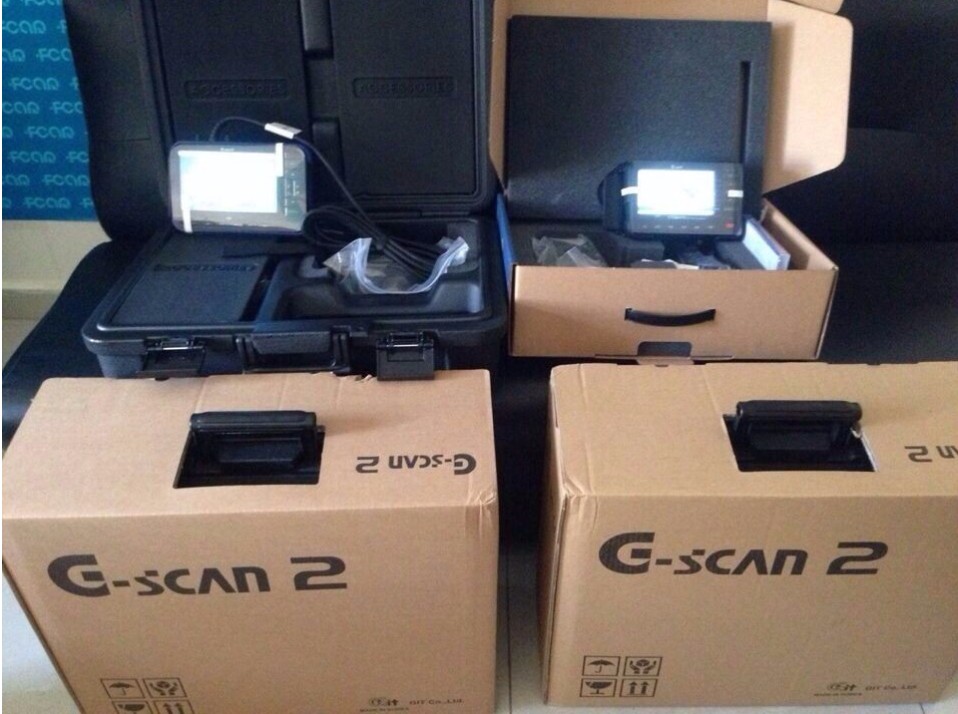 G-Scan 2 has OEM Hyundai & KIA Dealer Level Software (GIT & EZDS are the current OEM manufacture of Dealer Hyundai & KIA Diagnostic Scan Tools & diagnostic software).  G-Scan 2 is a J-2534 pass-through programmer on Hyundai & KIA vehicles as well.  This tool has its roots in the Hyundai and Kia dealership as their flagship diagnostic and programming tool.  This feature is still evident in both the G-Scan I and G-Scan II.  I personally drive a couple of European Vehicles so I have been able to access functionality that I could only access on an I Scan 2 WT in the past.  When I start the preliminary evaluation of any diagnostic tool, I start by hooking up to vehicles that frequently re-direct most diagnostic tools to Global OBD II functionality.  Most technicians know that when a diagnostic tool re-directs one to Global OBD II, it is that tool manufacturer saying “we simply can’t do any better so we will give you the bear minimum access to diagnostic capabilities and nominal functionality.  In Global OBD II you get next to no bi-directional functionality and virtually no “special features” like initialization processes or re-learn capabilities.  This is the only tool I know of that graphs not only manufactures data PIDS but allows graphing of global data PIDS (as a drivability guy I want unprocessed data not processed data when graphing a O2, MAF, TP, Cam or Crank Sensor, etc.)  When I hook up to my MINI cooper, Volvo and Volkswagen vehicles, the functionality I get is as close to OEM as you can get.  I can do smart window re-learns, Security re-sets and on many models, even key programming.  The one thing that has absolutely floored me is the level of access to Supplemental Restraint System DTC’s as well as the ability to initialize sensors.  I have done throttle actuator calibrations as well as ride height calibrations and the gambit of ABS service bleed operations and module initializations as well on a number of applications.  Most recently, on a Nissan pathfinder, was able to diagnose a faulty sentry key module, and upon receiving a new controller, was able to initialize it, program the key and add another key as well.  This tool has not failed to perform an initialization process on any of the Asian or European cars I have serviced.  I can’t say I had as much success on a good number of American cars with security functions, but the bi-directional functions and initialization ability has been very good, far surpassing most diagnostic tools that boast comprehensive coverage on American Automobiles and trucks.  I was able to replace & initialize a HVAC control head on Honda Odyssey, self-test & fail a HVAC control head on Toyota Sienna just like I was using a dealer level diagnostic unit. G-Scan 2 is a big improvement over G-Scan:
The G-Scan 2 user interface is clean, easy to use, and very comprehensive.  It provides large icons on a much larger screen to tap with the built in stylus. This is a big improvement over G-Scan in that I can peck away at that screen with my fingers without fear of hitting the wrong icons.  Additionally, for those of us who wish to use buttons, there are a complete set of navigation and function buttons on the face of the G-Scan 2 giving the tech a choice of how they wish to interface with the unit.  The unit is just big enough to be able to manipulate the touchscreen with your fingers, but no so big that you need a dedicated cart to move it around.  The screen is easily readable in direct sunlight and is a much bigger 7” compared to its little brother the G Scan.  Its size means you can actually sit inside a car with the head unit and not have to lift it over the steering wheel or sweep it awkwardly to the side to use it.  Unlike some of the other popular tablet units which require a lot of room to move. The next thing you notice after the improved size of the screen and user interface is the incredible speed!

The G-Scan 2 has an exponentially faster speed as it boasts a much more powerful processor.   Keep in mind that the G-Scan was an absolute pleasure for its user friendliness and speed, but GIT took a good thing and made it even better by giving this thing even more processing power than its older brother.   In addition to the great speed of operation, there is the lightning fast boot up.  From the time that the unit is energized to the time when you’re making vehicle selection, we may be talking about 3 to 4 seconds, assuming the unit was shut down properly.  Once the unit is booted, selections are almost instantaneous with very nominal “thinking time” between activations.  Some applications are a little quicker than others, but overall, faster than ANY of the mainstream diagnostic tools I have used.  The medium of speed on things like boot up and access to programs seems to always be Snap-On’s high end diagnostic tool systems.  Compared to Verus and Verdict, this thing is absolutely lightning fast!  This thing uses the Windows 6.0 CE Operating System which gives it a smart phone-esque user interface.  With 3 CPU’s to rely on, it is very fast!  The G-scan 2 can access the Internet and utilize smart update, quick feedback system, real-time PC interface, and direct printing. Compared to Genisys and Pegasys, the G-Scan 2 moves at the speed of light!  There really is no comparison when it comes to speed of operation as compared to the units that are so very popular here in the United States as GIT spared no expense in producing, not only the fastest tool I have used with this level of power and coverage, but also pared down the junk that always seems to be running in the background on other tools like Snap-On’s and OTC’s equipment. Basic SuppliesParts included in the Basic and Trade-in Kit